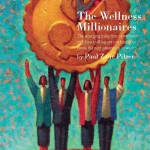 The emergying industries of wellness and direct selling are combining to create the next generation of wealth.

As an economist, I watch large-scale trends in the economy, often measured in billions or trillions of dollars.

But people don’t often grasp the meaning of billions and trillions. We aren’t really concerned about “theeconomy”—we’re concerned about “oureconomy.” We want to know, “What can I do in this new economy to succeed, to take care of myself and my family?” I wrote The Next Millionaires to explain where our economy has been, where it is today, and where it’s going—but even more importantly, to bring all of this down to the level of “your economy.”

Since 1991, U.S. household wealth quadrupled from $13 trillion to about $52 trillion in 2005. Reading such figures, you might say, “That’s interesting… ” But it becomes very personal when we look at what this means to entrepreneurs involved in the most economically vibrant industries.

This growth is occurring not only among an exclusive group of the already-rich, but throughout a broad demographic that includes millions of “ordinary people.” I call this the “democratization of American wealth.”

The Democratization of American Wealth

In 1991, there were 3.6 million American families with a net worth of $1 million or more. Today, there are more than 10 million such families and we are adding new millionaire families at the rate of one million per year.

You can see dramatic evidence of this at the very top echelon of U.S. wealth, the billionaires on the Forbes 400 list of the richest Americans. When this list was released in 1981, it contained mostly familiar names such as Rockefeller, Astor and Morgan and represented a significant portion of total U.S. household wealth. Twenty-four years later, only 40 of the original 400 remain on the list, and the wealth of all 400 combined is only $1 trillion, less than 2 percent of the $52 trillion in U.S. household wealth. The extremely rich, the top 10 on the list, account for almost 25 percent of the $1 trillion total, but when we look closer, we see that all of these top 10 were born poor or middle-class.

Over the next 10 years, as U.S. household wealth doubles to $100 trillion, at least $10 trillion of that new wealth will represent new entrepreneurs coming to the table. That $10 trillion represents another 10 million new millionaires.

A great opportunity lies ahead, not for just a chosen few, but for literally millions of “ordinary people,” individual entrepreneurs who were not born into wealthy families, but who choose to apply themselves in the new and emerging industries where this new wealth is being created. Two of the strongest emerging industries where this growth will occur are wellness and network marketing.

Ironically, of the $2 trillion we spend on health care in this country, most has very little to do with health.

“Health” is defined as “being sound in body, mind or spirit,” but what we call “health care” has a very different focus, and would more appropriately be called the sickness industry.

Sickness industry: Products and services provided reactively to people after they contract an illness, ranging from a common cold to cancerous tumors. These products and services seek to either treat the symptoms of a disease or eliminate the disease.

Wellness industry: Products and services provided proactively to healthy people—that is, those without an existing disease—to make them feel even healthier and look better, to slow the effects of aging, or to prevent diseases from developing in the first place.

I stumbled upon the wellness industry in the 1990s, as so many do, through an experience with my own health. For 10 years (against medical advice), I had put off getting expensive knee surgery. I started taking a dietary supplement called glucosamine—and within a year, the cartilage was repaired. The surgeon was positively amazed when he examined my X-rays. I no longer needed the operation.

This experience piqued my interest. I wanted to find out what else my surgeon and my other medical providers didn’t know. I also noticed that people were spending more on new things such as exercise programs and fitness coaches, supplements and organic foods, alternative medicine and anti-aging therapies. I began to research this field and soon arrived at an amazing conclusion: This new and emerging industry, which only a decade earlier had hardly existed, was already a $200 billion business.

This represents an extraordinary economic opportunity. The millions of people spending billions of dollars to further their wellness represent a new and growing economic sector who are eating and living healthier than anyone ever before in history. They are primarily wealthy people who, as they start to have money, start looking for ways they can be healthier outside the medical establishment. Today, for example, this sector spends more than $70 billion annually on vitamins and food supplements.

Who are these people? Mostly baby boomers: prosperous people from the ages of 40 to 60. Baby boomers are the first generation in history who refuse to blindly accept the aging process. They are also a powerful economic force; they represent only 28 percent of our population—yet this group and their spending represent 50 percent of our economy.

Until recently, marketing to baby boomers had been all about how to help them remember what it was like to be young—oldies music, retro clothes and ’50s-styled automobiles. Now, it has gone a step further. Today, boomers are starting to buy things that actually make them younger in terms of having a healthier body, more acute senses and a sharper mind.

As I began exploring this fascinating new industry, I found myself asking a basic question: How are people learning about all these new approaches to their health and fitness?

Certainly not through their doctors. Doctors, hospitals and pharmaceutical companies are mostly part of the “sickness industry” because, until recently, most scientists and public policy leaders viewed wellness or preventive care as “quackery.”

Today, numerous scientific studies have validated what a few million Americans seem to have known all along: There are thousands of efficacious treatments to make people feel healthier, to slow the effects of aging, or to prevent diseases from developing in the first place. But until you first experience one of these treatments working for you or a member of your family, you are probably going to remain a skeptic and miss out on improving the quality of your life, and reducing your long-term health care costs.

The best way to learn about wellness is through someone who has had a wellness experience. You see your college roommate and go, “My gosh, John, you look great. You look so healthy— what did you do?” You bump into a wellness experience and start to find out that there is a whole wellness industry out there, with all sorts of new products and services.

So where will they learn about these new products? There is really only one place: from other people. The most effective way we have to teach people the new method is one-on-one, word of-mouth communication. This is why, even though we have sophisticated video-conferencing tools available, businesspeople will still fly clear across the country to meet face-to-face when they have important issues to decide.

Network Marketing in the Years Ahead

I have always been keenly interested in education; I taught college students for 20 years at New York University, and in the 1990s, I developed an educational software product line. One of the most exciting things I’m seeing about this new crop of 10 million millionaires is that they are more often teachers at heart, rather than conventional businesspeople. They are people who learn about a new product or new service and adopt it for themselves and their families—but they don’t stop there. They then go out and teach new people what they just learned.

Network marketing is both the oldest method of sales communication and also the newest. And it’s the best method we have today to change someone’s paradigm and teach them about a new product or service—a new way of doing something that they wouldn’t have gotten by reading a magazine, surfing the Internet or watching television.

Person-to-person, word-of-mouth communication represents the cutting edge of intellectual distribution. This is why we are seeing so many Fortune500 companies jumping into the direct selling arena, and Wall Street investors such as Warren Buffet entering the business.

Network marketing has grown steadily over the last 20 years, increasing 91 percent in just the last decade. With more than 13 million Americans and 53 million people worldwide involved, it is now a $100 billion global industry. Yet as impressive as this is, it’s not hard to see that the real growth in this business model has only just begun.

For one thing, demand is increasing exponentially. Because of the ever-accelerating pace of technological advancement, there is a growing flood of new products and services that desperately need their story told in the marketplace—stories which no amount of screaming TV ads or sprawling Internet pop-ups and banner ads can effectively tell.

Neil Offen, president of the Direct Selling Association, predicts that, at the current rate of increase, worldwide some 200 million people will enter this industry over the next 10 years, effectively quadrupling its current percentage of the population.

Network marketing is already a force to be reckoned with—but its growth will explode in the coming decade.

In many ways, wellness and network marketing are natural sister industries. For one thing, wellness is rich in the kinds of new technologies that are best learned person-to-person. And for another, it is often the same quest for a better quality of life that finds expression both in exploring wellness and in pursuing an entrepreneurial, home-based business.

Wellness and network marketing also both represent enormous financial opportunities; either opportunity alone has tremendous potential to create new wealth. Some companies have combined the best of both worlds, creating a “perfect storm” of unprecedented economic opportunity: A convergence of forces enabling entrepreneurs to create a satisfying lifestyle, and—at the same time—tremendous new wealth.

Over the next 10 years, the U.S. economy will create 10 million new millionaires. You have the opportunity to start now and become one of them. You should do so not only for the benefits in health and happiness to yourself and your family, but also because you will be adding to our economy while you also add to the wellness and personal fulfillment of many others. In so doing, you will be contributing immeasurably to your community, your nation and the world.