CRISIS? WHAT CRISIS? – The Economist 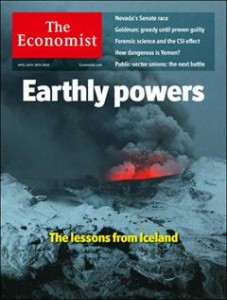 To anyone who has been watching closely, the unraveling of America’s savings and loan (thrift) crisis has been almost surreal.  The losses, currently estimated at $300 billion over 30 years, may be of epic proportions, perhaps the single biggest peacetime financial loss ever suffered by American taxpayers.  Nor is the crisis over yet.  A national recession and/or a national decline in house prices could easily double or triple the cost of bailing out the thrift industry.  Without being over-alarmist, it is possible to talk about the thrifts becoming a $1 trillion problem.  Yet it is not a subject that inflames the dinner tables of the land.

Because both political parties had been equally culpable in their neglect, the crisis was ignored by both candidates in the 1988 presidential campaign.  It became a topic for discussion only when the Bush administration chose to make it one.  The second reason for indifference is that the federal government, which means the taxpayer, has underwritten all the losses.  Thanks to this blank cheque, quaintly but inaccurately known as deposit insurance, few of those responsible have suffered pain.  The billions now being borrowed by the government to pay for bailing out the thrifts are being used not to pay for consumption or investment, but to make good losses that have already occurred.  Far from stimulating the economy, they are putting a crushing burden upon it.

The thrift crisis has now spawned a few books, most of which concentrate on the graft and sleeze factors and superficially blame “deregulation” for the crisis.  Paul Pilzer’s is by far the best analysis.  A self-made property millionaire based in Dallas, as well as an adjunct professor of finance at New York University, he saw the size of the problem at first hand long before it became headline news.  As a sophisticated financial observer, he understood that the  blame lay not merely with Reagan-style deregulation, but with the fact that Congress had deregulated only one side of the thrifts’ balance sheets.  They were given great freedom on the asset side in the sorts of loans they could make or securities they could buy, while the risk of loss on the liabilities side, to those who had provided deposits, remained underwritten by the federal government.  The result was a franchise tailor-made for gamblers and fraudsters.  If they made money, thrift owners collected the profits.  If they lost it, Uncle Sam ate the loss.

Mr. Pilzer correctly observes that the only way to prevent a repeat performance is to reform deposit insurance, a topic not even addressed in President George Bush’s thrift plan.  His book has a worthwhile section on how federal deposit insurance became law in the 1930s and how President Franklin D. Roosevelt opposed it, claiming that “The weak banks will pull down the strong.”  FDR, not a friend of the big banks, understood what should be obvious: that if the discipline of loss is taken out of banking, it invites financial disaster.

The single most important message of Mr. Pilzer’s book, however, lies not in the details of what went wrong.  He argues that the thrift mess has taken a moral roll on the spirit of saving (thrift, indeed) that built America, the land of the immigrant.  He highlights this by describing the beginnings of the thrift industry in the mutual savings banks, which were born of nineteenth century friendly societies and which provided as safe a harbour as any for millions of immigrants’ precious savings.  It is a sad irony that such a financial mess was spawned from these noble origins.  It is also an awful perversion of the American dream.