Paul Zane Pilzer
Blog
No Comments
Note: This blog post should be read as an addendum to my previous post (http://www.zanebenefits.com/tec/2009/12/123/China+and+U.S.+Health+Care+Reform).

My wife and I have returned from China. It was a life-changing experience—underscored by the fact that my wife is hiring Mandarin tutors for our four children.

Entrepreneurs worldwide should not underestimate the impact of China on the world economy and on their own business. Many if not most of the products you purchase already come from China, and China is now emerging as the world’s largest consumer.

Entrepreneurs who embrace this phenomenon first will reap the greatest rewards. 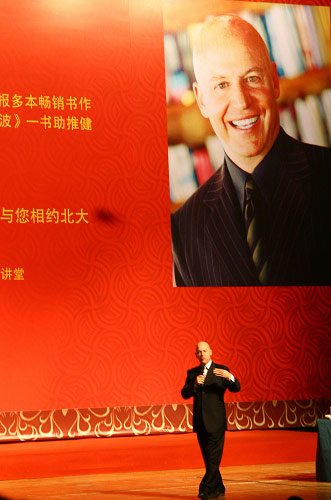 During the past decade, China established itself as the world’s foremost manufacturer-a significant percentage of the products you now purchase come from China. During the next decade, China will establish itself as the world’s foremost consumer. As a result, leading companies will be economically forced to customize their products for the Chinese. This is because, as the Chinese consumption market matures, China will be setting the world’s standards on products from automobiles to light bulbs, just as the United States set the world’s standards on most consumer and industrial products since the 1950s.

We have much to teach the Chinese, especially those of us who are entrepreneurs. The Chinese do not suffer from the “not invented here” syndrome that is so prevalent in the west. As they provide their citizens with everything from cars to washing machines, the Chinese prefer to learn from, and partner with, experienced providers outside China, rather than learn everything themselves from scratch.

Moreover, in the west we can learn the most about ourselves and how to improve our lives by studying this fascinating modern civilization. As I was advising the Chinese in my areas of core competency—education and healthcare—I learned much about what my own companies need to do to remain successful.

One simple example of this is the traffic signal light most of us drive under every day. In the U.S., traffic signals are red, yellow and green. In China, they are larger red and green numerical displays (no yellow) counting the number of seconds until the signal will change. There’s no running to make a yellow light-you know exactly how much time you have before it changes. Like waiting for an elevator with a floor indicator, it’s more relaxing to know exactly how much time you have left. Since returning from China, each time I wait at a red light I wonder if whoever purchases red/yellow/green traffic signals in my city knows how much better numerical displays would be for us.

I returned from China to watch the Senate pass their version of health care reform. As I write today, the personal staffs of Senator Harry Reid (Senate Majority Leader) and Representative Nancy Pelosi (Speaker of the House) are meeting in secrecy with White House officials to iron out the differences between the respective House and Senate bills. My views on the House version are outlined in my previous posts (http://www.zanebenefits.com/tec/2009/12/123/China+and+U.S.+Health+Care+Reform and http://www.zanebenefits.com/tec/2009/11/122/U.S.+Healthcare+Reform+Will+Create+Major+Opportunities+for+Entrepreneurs+), and I will writing more about what this means for all of as details emerge. 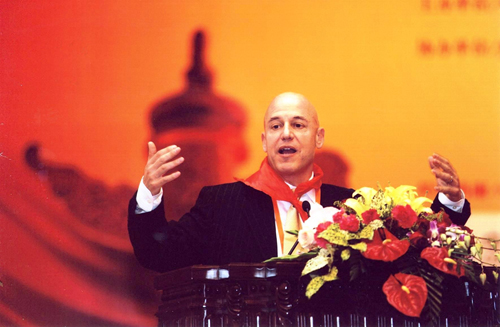 Since writing my last post on China, I received inquiries from readers wanting the agenda of my trip, and inquiries wanting to learn how they could bring their product of service to the Chinese market. I will answer the questions here on my agenda, and I plan on making “Developing your Business in China” a regular feature of The Entrepreneurial Challenge blog.

On December 7, my official public visit began with my speaking from the center podium in The Great Hall of the People. This magnificent building, built in 1959, is functionally equivalent to the U.S. Capitol. It sits amidst both thousand-year old historical structures and the world’s most modern office buildings. My speaking topic was on the importance of wellness and why we, in the west, need a revolution from the tyranny of the food and medical industries which have caused most of the problems with our health.

On December 8, I delivered the keynote address at the Fourth Food & Nutrition Industry Forum in Beijing, opening the event. I spoke about The Wellness Revolution in the west, and the opportunities for the Chinese wellness industry inside and outside China. While China is not a significant player today outside China in wellness, China has much to contribute to the wellness industry worldwide. Chinese wellness and preventative medicine, often called Traditional Chinese Medicine or TCM, has been pervasive in China for centuries. I visited Chinese hospitals where western medicine and TCM doctors work together in the same office for the benefit of the mutual patients.

On December 10, I spoke at Peking University to 4000-students, selected (50 each) from many of China’s other leading universities. My speech was on “Economic Alchemy” and my 1990 book Unlimited Wealth (http://paulzanepilzer.com/uw.htm). The Chinese have embraced my economic theories about technology driving economic activity (W=PxT) more than any other nation since Japan.

Between these major speeches, my wife and I met with Chinese federal officials, provincial governors, and business leaders at every meal. As an American, for the first time in my life, I found myself jealous of another nation. The Chinese federal officials we met had an enormous common interest for the greater good of all China. In the U.S., we are mostly a collection of special interests-each person or organization looks out for themselves and we expect this collective self-interest to efficiently support the common interest. The current state of U.S. healthcare reform, where our Congress has sold out to the special interests, illustrates that our self-interest model is flawed.

In China I met a new class of young billionaire entrepreneur-people like Xie Hong (“Sam”) who founded a wellness baby formula manufacturer in 1992 called Beingmate, Sam’s sales in 2009 exceeded $8 billion (US). Sam is one of hundreds of new billionaire entrepreneurs in China whose work is distinguished by the fact that they produce or distribute things that benefit all of China-unlike many of the billionaires in the west who mainly move around the balance sheets of other people’s products or services.

At Peking University I was struck by how many of the students wanted to be social entrepreneurs–doing well by doing good-rather that work in areas like finance, which, in China, has a negative connotation.  I pointed out to them that back in 1976, when I worked in finance at Citibank under Jim Tozer, we thought of ourselves as social entrepreneurs–delivering to young people just beginning their lives the ability to purchase a new car or a new home. While defending the U.S. financial service industry in China I (sadly) realized how far the U.S. financial services industry had drifted from the common interest.

Click here for more information on my visit to China (http://paulzanepilzer.com/articles_china.htm).